Share a memory
Obituary & Services
Tribute Wall
Read more about the life story of Aline and share your memory.

Our Mom, Aline Josephine L’Heureux (Orieux), who passed away on November 14, 2022, will now rejoin her late beloved husband Stan. Mom was born on March 23, 1929, in a very humble home in Pascal, Saskatchewan. She was born into a large French-Canadian family— she had eight sisters and five brothers. She had many cherished memories from her childhood on the homestead farm. As a young girl she loved to rest among the flock of sheep, enchanted by nature’s beauty.

Mom became a beautiful independent woman who left home at 15 years old to work in the laundry of the Spiritwood Hospital. She enjoyed working in a hospital environment and soon became a qualified nurse’s aid. She had many fond memories working in several hospitals in south central Saskatchewan. Mom eventually worked at the North Battleford Hospital, along with her sisters Marie and Marguerite. It was at this time that she met a shy young farmer from Debden who could sing and play guitar that won her heart.

Mom and Dad were married in 1955. They soon started a family on the original L’Heureux homestead in Debden. Four children later, and after a lot of hard work, they moved to Port Alberni in 1970 to start a new life. It was becoming exceedingly difficult for the small farmer to survive in the competitive environment of agribusiness.

Dad worked for the school board and to make ends meet Mom worked at the Tyee Village Motel. Once the children had graduated and left home Mom could ‘retire’ and pursue her passion for arts and crafts. She was also an accomplished baker and cook. At Christmas her meat pies and pastries were greatly enjoyed by family and friends. But Mom was not satisfied to be simply a homemaker. At age 50 she joined the Sunshine Club and enjoyed the many social activities it had to offer. Later on she would volunteer in the kitchen for the Sunshine Club. Mom would go on to volunteer a lot of her time to church and civic services.

For several years Mom volunteered as a lay person at Holy Family - Notre Dame Church to help prepare the Eucharist (Holy Communion) at Mass. She would also take the Eucharist to shut-ins at nursing homes. Mom volunteered for the Friendly Phone Service for a number of years. She had the gift to reach out to people in need. Mom was a dear friend to many lonely seniors. When I relocated here to teach in the Alberni Valley Mom was a regular Saturday morning volunteer at the Fir Park Village Store.

Mom was a very spiritual person. When we children were still at school Mom made a Faith and Sharing Retreat in 1974 that revolutionized her life. Faith and Sharing’s mission “is a call to live the Beatitudes and to share the truth of the Good News with the poor”. Mom would make the yearly summer retreat for every year except in 2021, due to the Covid-19 pandemic. But she made it this past summer. And she was planning on attending the 2023 summer retreat at 94 years of age.

But at the local level Mom felt alienated from her church, or as she would put it “I am not being fed”. She searched for a spiritual home and found one with the Salvation Army. She would befriend Christa at the Salvation Army who would become one of her dearest friends. And she would be so tickled to see us gathered here today to celebrate her life.

Nature and the outdoors provided Mom with another spiritual venue. She was born and nurtured among the Aspen Parklands of Saskatchewan. Nature imprinted itself onto her mind and being.

Nature was everywhere — summer baths in the Big River; the joys of berry picking; trapping in the winter; long walks to the rural schoolhouse. A hard life for parents struggling to raise a family in a poor farming area, but a wonderland for a child enchanted by the natural world.

Once Mom and Dad were on their feet financially and the children had started leaving home, they purchased a camper for their Toyota truck. Mom and Dad virtually explored the whole of Vancouver Island from Cape Scott at the northern tip to Sooke at the southern end. Together they travelled and camped throughout Western Canada including the Northwest Territories.

Dad’s passing in 2007 Mom’s nature travels took her closer to home. The Stamp River Falls became Mom’s nature oasis. As long as Mom could drive her car she carefully prepared a picnic and would spend the day at the provincial park. The first thing on the agenda after selecting a picnic table was to walk to the falls with her walking poles which she named ‘Roger’ and ‘Ernest’ (the poles were a gift from her two sons). And she always carried her small digital camera, recording scenes and objects of Nature through the seasons. Upon returning to the picnic table, she would spread out her picnic, including a deck of cards and a cribbage board. She enjoyed playing solitary cribbage, but she was more than willing to chat with anybody passing by. She met and talked to people from all over Canada and the world.

Another vital outlet to Nature for Mom was the Cox Lake Blueberry Farm. Mom suffered from depression after Dad’s passing. Her time spent there on a Sunday morning when the summer’s sun had ripened the blueberries, helped immensely to recover her mental health. And a lot of credit must go to Nash and Seva Dhaliwal for their compassion and good humour, who operated the blueberry farm at the time.

But even closer to home Mom’s contact with Nature was her daily visit to Harbour Quay. Outside of her fourth-floor apartment on 11th Avenue (with a superb view of Mt. Arrowsmith), Mom spent most of her time at Harbour Quay. It provided her with Nature’s beauty — sunsets and sunrises; exercise — walking with her poles along the harbour front; communion with people — mingling with people at the farmer’s and craft’s markets; meals, coffee and doughnuts at the local shops. And a special mention must go out to All Mex’d Up, Mom had a special relationship with the owner and staff. And there wasn’t anyone Mom would not chat with — tourists (from all over the world), locals, young and old, poor and rich.

Mom’s legacy to her children is a love of nature that sustains mind, body and spirit. 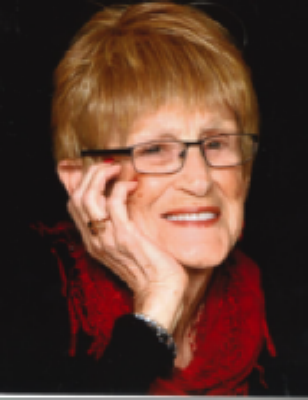