Share a memory
Obituary & Services
Tribute Wall
Read more about the life story of Lucien and share your memory.

Lou was born in Westlock, Alberta, the second oldest of 14 children. At 15 ½ years old, he went to work for an oil company, coming home in the spring and fall to help plant crops and for the harvests. In 1955, he was accepted into the RCMP and left home with $20 in his pocket.

His first posting was to Squamish, BC, where he met his wife Janet. They married on April 4, 1959, and were transferred to North Vancouver. He soon expressed an interest in search and rescue techniques and the RCMP proceeded to train him extensively in cliff rescue, avalanche rescue, ski schools and he was one of the first teams at the Hope Slide in 1964. He went on to instruct these courses for several years for RCMP and National Park personnel.

Lou was promoted to Staff Sergeant and transferred to Parksville in 1974. He and Janet soon found an acreage in Coombs and decided this was where they wanted to settle. After retiring from the RCMP in 1979, he and Ed painted houses for a few years and then Lou took the position of first manager of the Parksville & District Chamber of Commerce in 1985, retiring in 2000.

Lou’s Search & Rescue skills were soon known and he was involved in District 69 Search & Rescue (now Arrowsmith Search & Rescue) teaching rope climbing and other SAR skills and leading SAR teams. He loved to fish and enjoyed time spent on their boat.  The farm was always a gathering place for the whole family and the grandkids and great grandkids love to spend time exploring, visiting the animals and playing in the creek. He was also on the board of the Parksville Credit Union for many years, Rotary Club of Parksville, and Parish Council at Ascension Parish.

After retiring from the Chamber of Commerce, it wasn’t long until Lou was convinced by some neighbours to get involved in local politics, and subsequently spent 9 years on the board of the Regional District of Nanaimo, representing his community with the energy and dedication that he gave to everything he did. 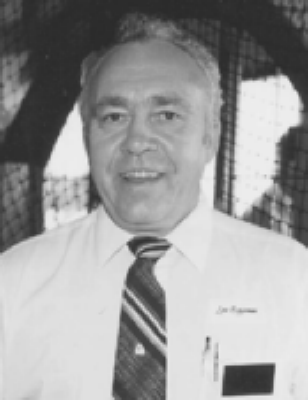