Share a memory
Obituary & Services
Tribute Wall
Read more about the life story of Stanley and share your memory.

It is with heavy hearts that we say goodbye to Stanley Carl Anklovitch.  He was a beloved husband, father, grandfather, Great grandfather, son, brother, uncle, cousin, and friend.  Stan was born in Nipawin Saskatchewan Oct. 31, 1930 to father, Stanislaw(Stanley) Anklovitch and mother, Katazina Anklovitch in the family’s farm house. He was one of 12 children ( one passed away at birth).

Stan passed away with family at his side at West Coast General Hospital in Port Alberni, BC. November 14, 2022 at the age of 92 years.

Stan moved to Revelstoke in 1966 where he met the love of his life, Kathleen Armstrong and married her in October, 1969 in Vancouver. Stan spent the remainder of his life in Revelstoke, until his wife passed in 2020, when he moved to Port Alberni to live with family.

Stan worked as a logger in Revelstoke BC.  He had a dog named Ben who went to work with him in the bush logging. Ben thought his job was to bite each end of the tree that Stan fell with his chain saw. Stan was devastated to lose him, and was always a cherished memory for him.

Stan’s passion in life was camping and fishing with his wife Kay. He enjoyed darts and would compete with his wife Kay at the Seniors Centre in Revelstoke. Stan and Kay were avid bowlers and bowled on the Seniors team in Revelstoke; He loved to play cards and enjoyed teaching his kids to play crib.
Stan was always busy building something or fixing things, He never missed the evening news. He loved spending time with family and he had a nickname for all of them. He loved to tell jokes but took forever to tell them, as he would start laughing and so hard he couldn’t talk. His laugh was contagious, Stan was a happy go lucky guy he whistled and sang in the morning  while cooking or making coffee. He also liked to yodel.  He was affectionately know as “Big Papa” by his great grand children in Port Alberni, as well as the neighbours.

He will be sadly missed by his family and all who knew him.

The family would like to extend heartfelt thanks to all the doctors and nurses at West Coast General Hospital in Port Alberni. Special thanks to nurses Lindsay, Racheal and Morgan for the kindness and compassion that you showed during this most difficult time. Thank you to Dr DeWitt, and the care aids that came to his house to care for him over the past two years in Port Alberni, and to the care aids that looked after him in Revelstoke.

Cremation will take place and Stan will be laid to rest with his wife Kay at a grave side service in Revelstoke, BC in the spring. 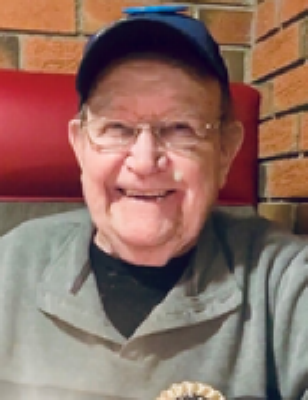