Share a memory
Obituary & Services
Tribute Wall
Read more about the life story of Wendell and share your memory.

Wendell John Clark - dedicated husband and father passed away suddenly in Nanaimo, BC

Wendell was born to Lionel Henry Golden and Evelyn Janetta Alexanderina Clark in Regina, Saskatchewan on August 27, 1932. He graduated from the Central Collegiate Institute of Regina in 1949, before embarking on his dream to be a pilot.  By 1953, he had attained both his private and commercial flying licenses.

Wendell was employed by Pacific Western Airlines, which would eventually become Canadian Airlines during his employ there. Throughout his 30+ year career as an airline pilot, he flew various aircraft which included the DC’s 3,4 and 6, along with the 727, 737 and 767 jets. He flew extensively throughout the remote Canadian North for the majority of his career. In 1983, he and the family transferred one more time to the BC lower mainland, where he would fly the767 overseas to European destinations until he retired in 1992.

Wendell was proud of his profession and very particular in his methods and practice. He was well known as a Captain who did not shy away from his responsibilities as a team lead, and who did not hesitate to step up when advocacy for his crew was required.

While working in the airlines, Wendell met a flight attendant, Donna Mae Hardy, who soon became the love of his life. They married on July 11th,1964. They had two daughters. Karyn Joan was born in 1965 followed by Lynn Marie in 1967.   They were married 58 years until Donna passed sadly and suddenly on November 28th, 2022.

The family moved throughout his career between Edmonton and Calgary, Alberta until 1983, at which point they moved further on to Surrey, BC.   He and Donna made beautiful homes together wherever they lived. They were welcoming and hospitable, and enjoyed entertaining together.  They were such a great team! They prided themselves in their extensive gardening ventures, each of which were nurtured to a paradise all their own.

The couple retired to Nanoose Bay on Vancouver Island in 1993, where they continued to live in the vicinity until just recently. They were a formidable pair and stoically independent and were able to share one last home together in Parksville until their recent passings.

Donna and Wendell were well matched in their stature, natures, intellect, humour and kindness. They were tried and true friends to one another, and those lucky enough to get close.  Just as they were tried and true friends, they were the same as parents, dedicated with undying and fierce love for their daughters. That love will continue to sustain them both, who miss their parents dearly.

Wendell and Donna shared a love of nature and the outdoors. They took trips together overseas, but always preferred packing up and hitting the road on their own private adventures. They were so fond of one another and could spend hours out and about, exploring remote dirt roads which would eventually lead to a spot where they’d share a secret meal together, just the two, in a world all their own.

Rarely ever apart unless for two exceptions, which included Wendell’s work and his beloved fishing trips, they were a devoted couple, passing within just two weeks of one another. Just like all those road trips they took to a secret spot, in a world all their own, Wendell would not be left behind, and they are together again. 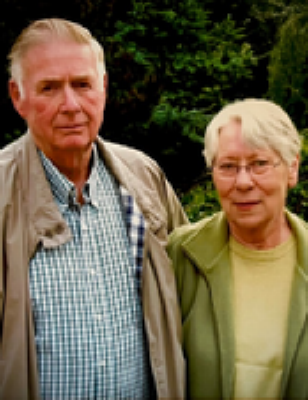