Share a memory
Obituary & Services
Tribute Wall
Read more about the life story of Ruth and share your memory.

After 100 years well lived, Ruth passed away peacefully in Port Alberni. She was the last of her generation in the Buckham and Dickson families and had indeed become our cherished matriarch. Born in Sidney BC the eldest child of Gertrude and Adam Dickson and sister to George and Charlie, she always had an independent nature that served her well in life.

The family moved to Old Hillcrest near Duncan during the Depression and finally into Duncan when Ruth began High School. She completed her Senior Matriculation at the beginning of the war and then attended Normal School in Victoria to obtain her Teacher Certification. Her first class was at Bench School near Duncan, and it had eight grades in one classroom. However, she wanted to do her part for the service and the next year she joined the WRENS and was stationed to Naval Headquarters in Halifax. It is a time she spoke of in later years most fondly. She made wonderful lifelong friends with other women, independent like herself, and had a huge responsibility working with the confidential papers she decoded.

Returning to Duncan at the end of the war she began the next week to teach her favorite primary age grades. It was the profession she loved for many years until retirement.

Ruth married her high school sweetheart, Herb Buckham in 1947 and they were married 51 years until he passed.  Ruth and Herb were very active in many sports and service organizations and continued to show this support as they both raised their children with these interests as well.

Ruth is survived by daughter, Janet Finch (Peter) and son Robert Buckham (Joscelyn). She followed keenly the lives and loved seeing grandchildren, Graham (Shannon), Sheila (Graeme), Blake (Alicia), Arlene, and Jenna. She loved being a great grandmother to Eva, Owen, Isla, Emilia, and Scarlett, who gave her a new reason to enjoy life.

Ruth came to Port Alberni to be closer to family and had wonderful care in Rainbow Gardens. Thank you to the staff who became her friends and have helped through these most isolating times.

A Celebration of Life will be held in Duncan in the spring. 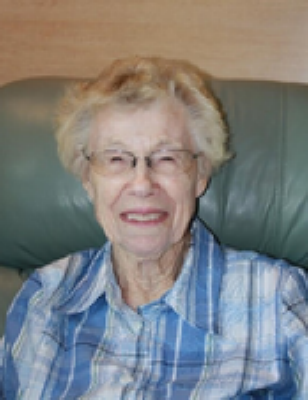