Share a memory
Obituary & Services
Tribute Wall
Read more about the life story of Wilhelm and share your memory.

With sadness for our family’s loss but joy as well we announce that Wilhelm(Willy) Bender is gone to live with our Lord and Saviour for eternity knowing no more pain  but only great joy and love.

Willy passed away peacefully at Westhaven nursing home in Port Alberni. His dear wife Dorothy who also lives at Westhaven shared his last days with him at the bedside.

He is survived also by his two sons Howard and Gary(Susan), grandchildren Michelle(Brandon) and Adam(Anne) as well as by other family in his homeland of Germany.

Willy was born in Groetzingen, Germany in 1931. As a young man of 19yr old he emigrated to Montreal, Canada to spread his wings and continue his tailoring skills. When he did not find the success in this industry he had known back home he turned to other endeavours including trying to run his own business. Eventually he found work as a production planning supervisor which would carry him through the majority of his life as he supported his family. Willy met Dorothy at a party of young German emigrants and he says it was love at first sight. (Dorothy made him work a bit for her attentions).  They eventually moved to Mississauga, Ontario where they spent happy years raising their two boys and spending vacation time in Parry Sound at the lakeside cottage. When grandchildren came along who were eventually living in B.C. they made the move to Qualicum Beach to be an integral part of their lives.

They made their church home at Our Saviour Lutheran Church in Parksville where they fostered numerous close relationships over the years and greatly contributed to the life of the church family including outreach evangelism to the community. It was Willy’s greatest joy to share the love of Jesus and God’s saving grace that he knew so intimately himself and wanted others to embrace. In his last years Willy could be seen on a daily basis walking the streets of his neighbourhood where I am sure he continued to outreach in his own quiet way. He and Dorothy lived for a brief period at Stanford care home in Parksville where they also connected with residents of that community.

Our family are grateful to Stanford and Westhaven staff for the care they provided. We wish Westhaven could have known Willy as a healthier man to have experienced his gentleness and kindness he always demonstrated.

In lieu of flowers please consider a donation to either B.C. Mission Boat Society or Lutheran Bible Translators of Canada.

A viewing will be held January 12th from 11am - 1pm at Yates Funeral Home Parksville. A service will be held at Our Saviour Lutheran Church January 13th @ 1pm followed by the graveside ceremony and fellowship time back in the church hall. 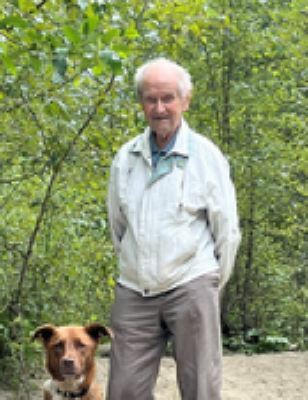